Back
Reducing costs with the 'five pillars' of SuDS

You may know that the four pillars of Sustainable Drainage are: quantity, quality, amenity and biodiversity.  But what about the fifth - cost?

When we were asked to provide a planting plan for a University Hall of Residence, we suggested that SuDS should form part of the design brief.  The client agreed, and we produced a feasibility report and plan to show that the constrained site had more than enough space to develop a landscape-based sustainable drainage scheme.  "What about the costs?", the client quite reasonably asked.  "Should be cheaper" we said.  "Let's work with the project Quantity Surveyor (QS)". 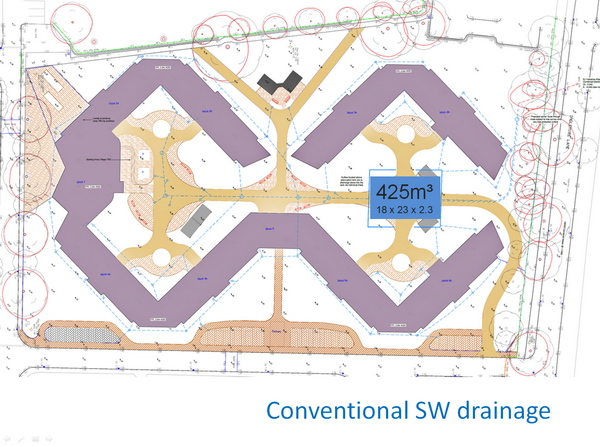 The QS made some assumptions based on our concept plan, and came back with a cost which was marginally less than the previously designed conventional drainage scheme (which had been based on a large attenuation tank).  Well, at least SuDS didn't cost more - the client was happy.  When we looked at the cost breakdown for the SuDS proposal, we noticed some major items that did not need to be attached to it: 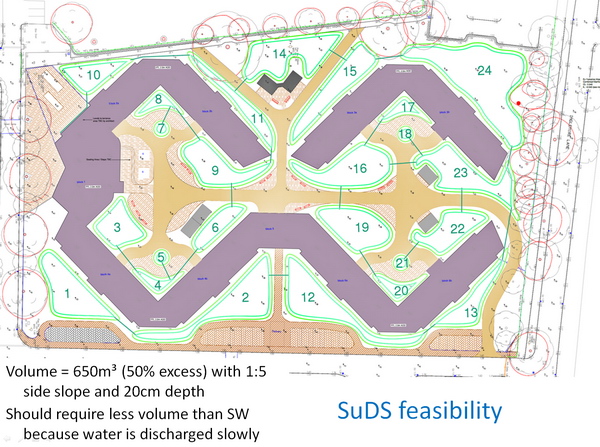 The conventional drainage scheme cost was £158k, of which £95k was an enormous plastic tank, thousands more were attributed to pumps, gullies, and earthwork support to the enormous hole for the enormous tank...

The SuDS design was costed at £56k, of which £9k was disposal of excavated material.  If the site had not been so constrained, it could have been used on site and not incurred as a cost.

So we had potentially saved over £100k, which was around 1.5% of the total construction budget.  The project consulting engineers, seemingly unhappy that we had just slashed the surface drainage cost by two-thirds, were 'reluctant to engage'.  In fact, they threw up every possible objection, all of which were overcome by negotiation or common sense.

So why was this project not a victory for sustainable design?  Because we had been involved too late in the design process: the design was all but complete, the contract had nearly been awarded, and negotiations around a very tight build deadline meant that the contractor could not guarantee meeting the deadline whilst working outside of his 'comfort zone' (i.e. with conventional drainage).  So SuDS was abandoned and £95k of unnecessary plastic was put into a very large hole at one end of the site.  It looks fine, of course, but we can't help thinking about what it could have been... 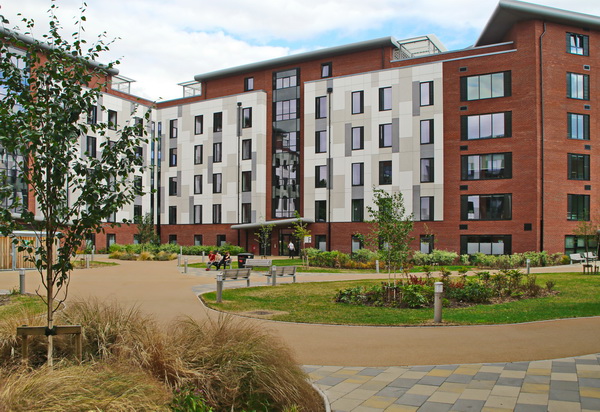 Image: The Halls 'as built'

This was an unhappy ending, but it proved to us what we had long suspected, that SuDS should be: 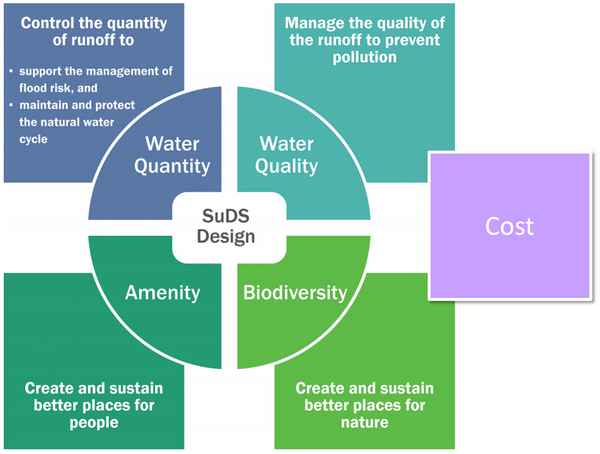 Image: The five pillars of SuDS (based on CIRIA SuDS Manual 2015)


It also underlined what is arguably the most important point made in the CIRIA 2015 SuDS Manual:

"Provided that drainage is considered early enough in the outline design of a new development then there is no reason why SuDS should not become the norm everywhere".