In the UK, we have produced numerous Zones of Theoretical Visibility (ZTVs) for single wind turbines, and a few for small wind farms of a couple of turbines.  We have also produced multi-point ZTVs for housing sites and solar farms.

The record for the craziest number of points goes to the Great Western Electrification Project, where in the course of our LVA work for Network Rail, we plotted in excess of two hundred ZTV points, and combined the outputs to create useable mapping for our assessment work. The outputs represented the theoretical visibility for overhead gantries of several kilometres of railway line, through three Areas of Outstanding Natural Beauty (AONBs). (That's another story...we have yet to write the blog post - if you want to be first to get notified when we do, please follow the blog by signing up to our newsletter at the bottom of the page!)

But we had not produced a ZTV for a 24-turbine windfarm in a mountainous area - and certainly not one overseas.  So when we received an email from engineers in Greece, we were intrigued.  The entire project was conducted by email, which meant a lot of emails being exchanged to clarify the brief and establish the correct data to use.  The wind farm was situated along some mountain ridges of an archipelago in south-west Greece.

The key part of the brief was to establish the effect upon three Protected Settlements (rather like Conservation Areas in the UK).  We considered producing a ZTV "with obstructions" but found that: a) there was no building/vegetation data available, and b) there was precious little of either in the study area, so it would not form as important a component of theoretical visibility as it does in the UK. 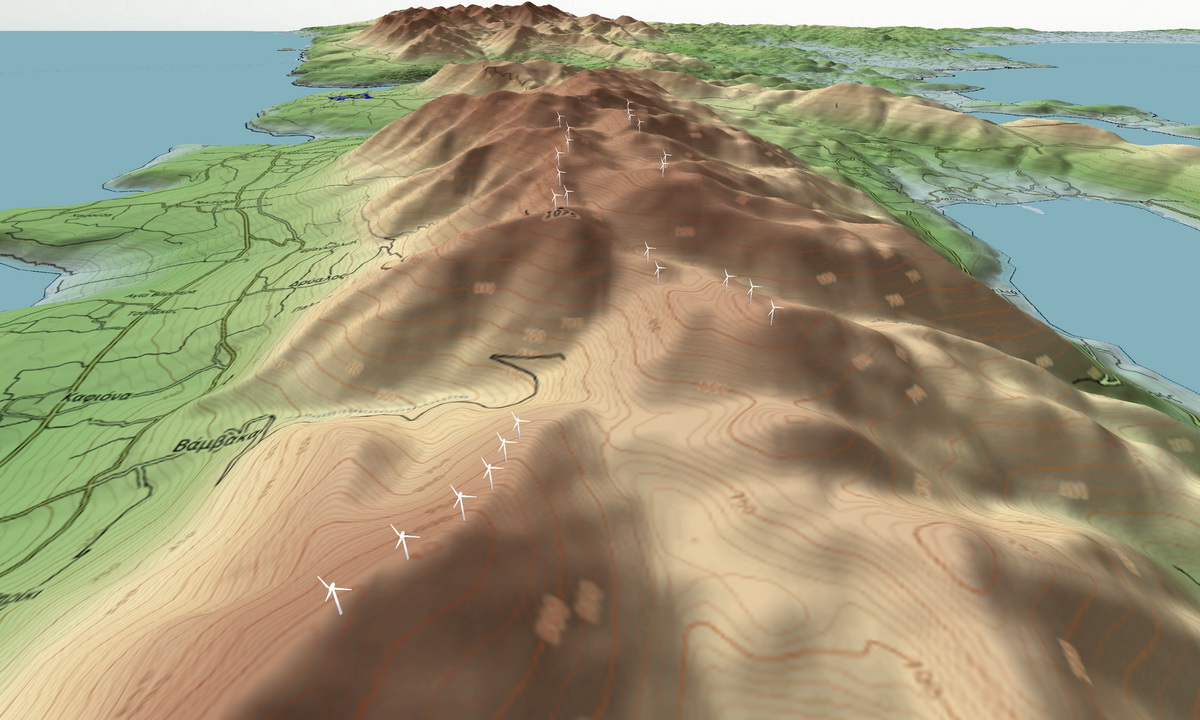 The client provided topographical data (DXF contours) and coordinates, and data for the turbines.  We were able to match this to Open Street Map data for background mapping (thank you, OSM!)

The value of using both individual ZTVs, and a composite drawing

As the client needed to illustrate which turbines might affect the Protected Settlements, we first produced 24 individual ZTVs which allowed impacts to be established per turbine, based on hub heights.  This allowed the client to confirm that 11 turbine hubs would be visible. 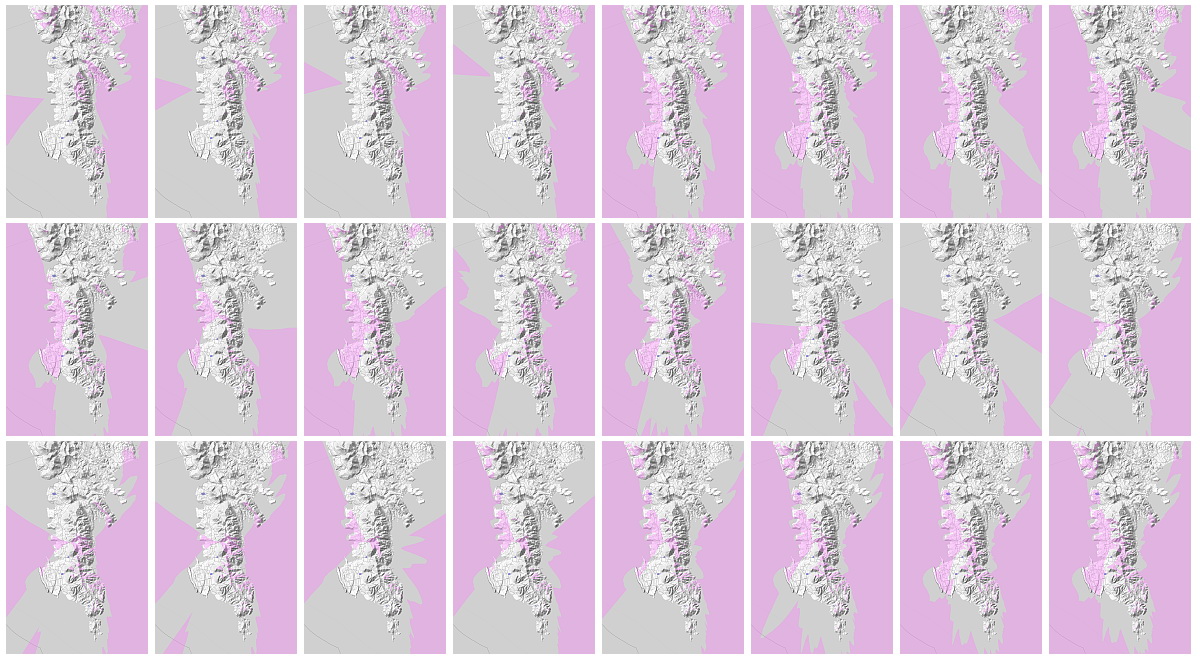 We were then able to produce a composite ZTV which showed how many of the visible turbine hubs could be seen from any location. 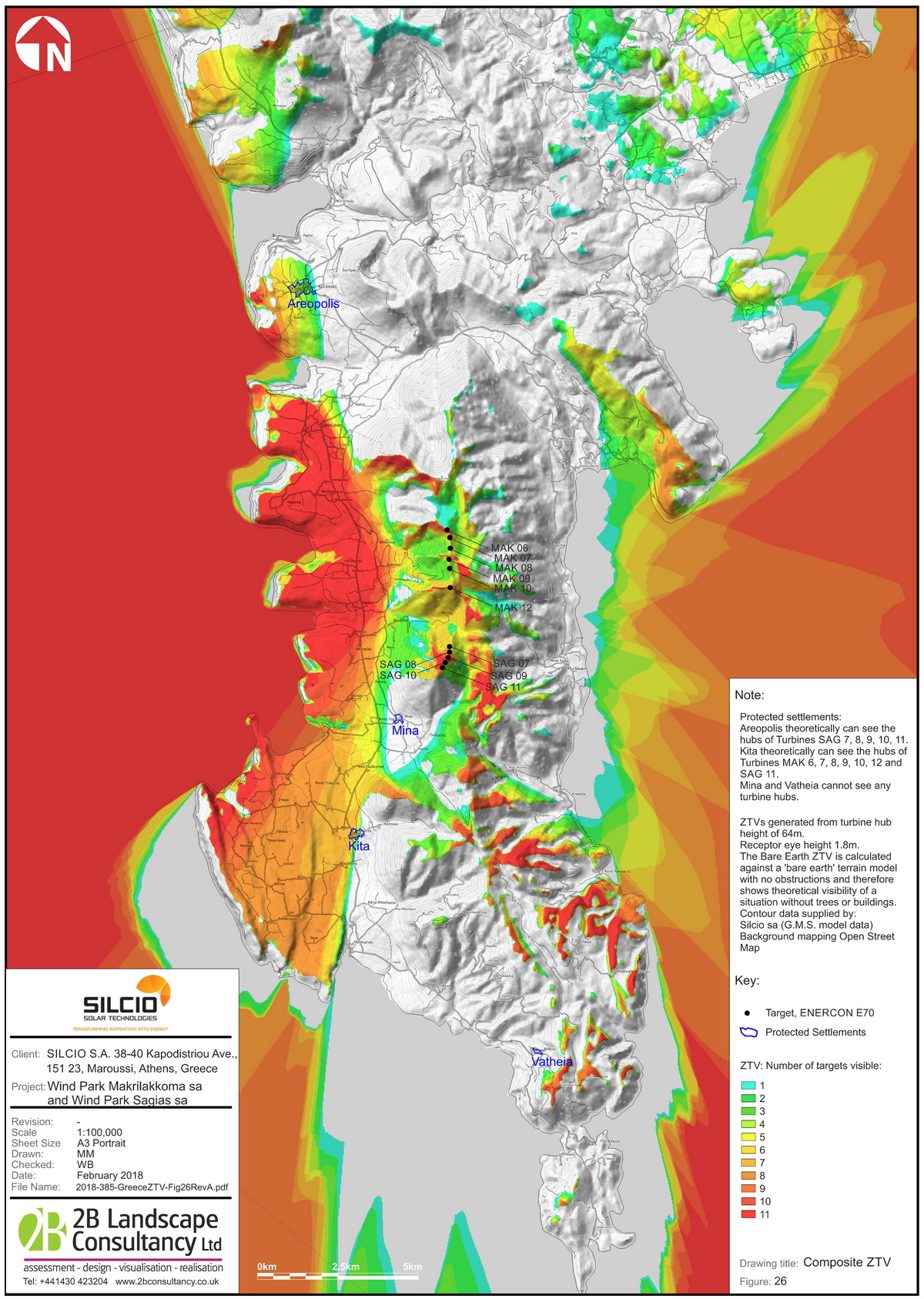 
Finally, we produced detailed maps of the two affected Protected Areas, indicating how many turbine hubs would potentially be seen across each area. 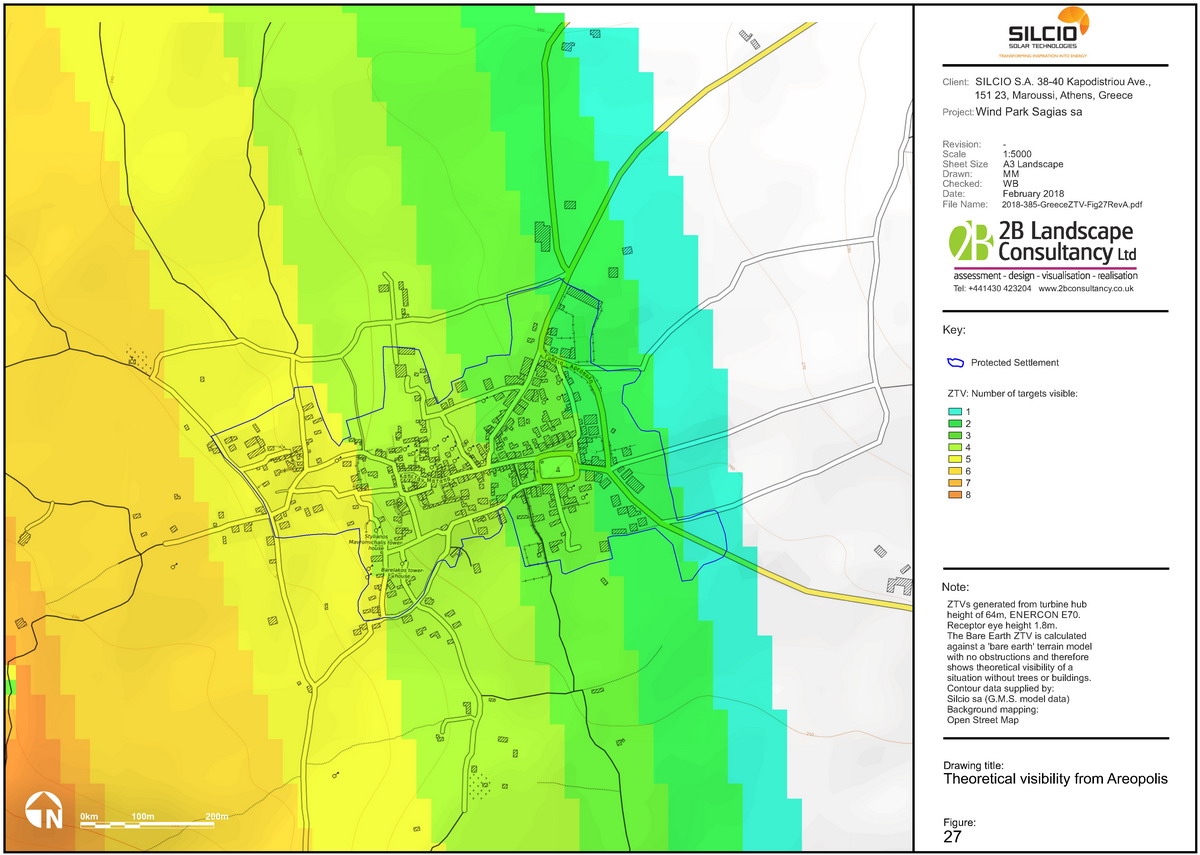 
A positive approach to working with other EU nations after "Brexit"

Along the way, I expressed my concerns about Brexit and the loss of potential ties between European countries.  Nikos said something that really touched me, in return:

"About BREXIT, don’t fear anything. The close ties are made by people not by governments."

The client's final comment on our work was as follows:

"Thank you for your effort and the result provided to us. I think it will be sufficient enough for the purpose they were made and it will be much helpful to our project.
I will try to keep you informed for the whole progress and I hope we can work together again in future time.
PS: Do not hesitate to visit Athens (it is really great)"