This year we have been backing the Landscape Institute's #chooselandscape campaign.  Choose Landscape aims to encourage young people to start in, and older people to convert to, the landscape profession.  Using the key phrases 'Connect people, Transform places, Protect nature' - who wouldn't want to be part of our great profession? 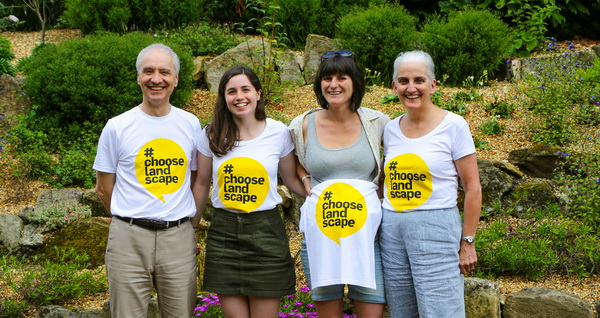 Taken just before Amanda went on maternity leave - the T-shirt wouldn't fit so was worn on the bump! 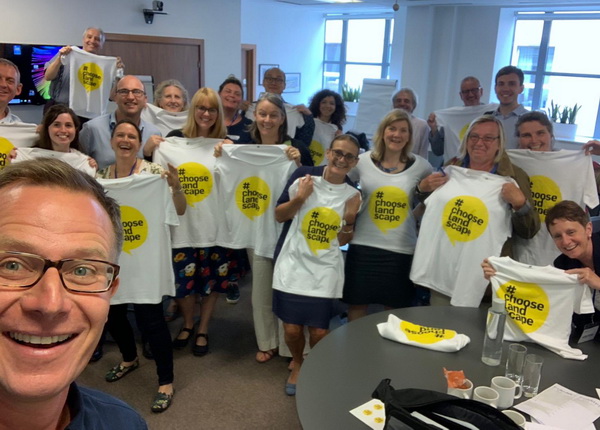 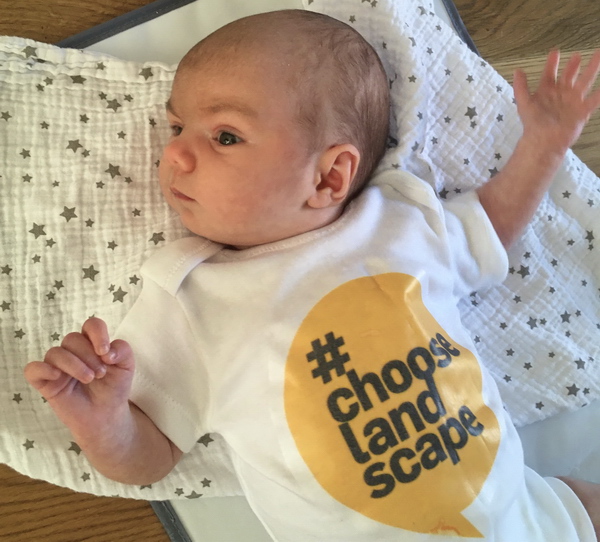 To be fair, she didn't seem to mind.  We think there is a good chance that she is the youngest ever recruit to the cause - poor kid, her life is already mapped out (not really).

As well as having a major hand in some of our Masterplanning work, before going on leave, Amanda completed some sterling work for Slow the Flow - see here.

Cara's exploits are detailed here - no need to say any more, except that she has put in a great year's work for 2B and has already become a reliable and valued member of the team.

Elizabeth has been working on several interesting projects, for example the Acoustic fence listed here.  She has also taken our accounts management in-house, which has been a learning curve but should lead to greater efficiency in the future.

She attended a number of conferences such as the LI's 'NPPF Landscape-led planning in practice' and a Phyto-threats Stakeholder Workshop at The National Agri-food Innovation Campus in York.  The word Phytophthora means 'plant-destroyer' and it is a pervasive threat that anybody concerned with plants, or even just eating, should be wary of.  The Irish Potato Famine is one of its best-known effects, and much more is on the way.  Plant diseases are something that Elizabeth will be reviewing for 2B over the next year.

Bill's involvement in the LI's Visual Representation of Development Proposals Guidance is noted here.  It was a contributory factor in him winning the 'LI Volunteer of the Year' award.  Bill is looking forward to new challenges, not least setting up new partnerships to help deal with local/regional issues such as flooding and biodiversity.